I am still in the process and it looks to be a while, rather than wait I am here with what I have now.  Possibly short.

Verse     8 He stood and yelled at the armies of Isra’el, “Why come out and draw up a battle line? I’m a P’lishti, and you are servants of Sha’ul, so choose a man for yourselves, and let him come down to me.   source 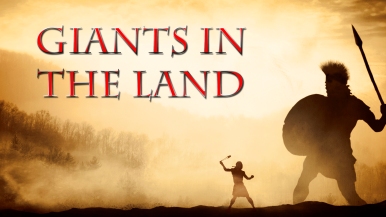 Verse 11 When Sha’ul and all Isra’el heard those words of the P’lishti, they were shaken and terrified.       source

Do you know why they were shaken and terrified?
Because they saw and believed themselves to be servants of Saul.

Who should they have believed themselves to be?

Verse 26 David said to the men standing with him, “What reward will be given to the man who kills this P’lishti and removes this disgrace from Isra’el? Who is this uncircumcised P’lishti anyway, that he challenges the armies of the living God?”   source

Armies of the Living GOD.

Yes. We do serve one another but we must ultimately know as Disciples of The CHRIST that we are servants of The Living GOD if we want to live holy and healthy.

What we believe makes all the difference in the battle.
When we are shaken and terrified; let us check what we have believed.